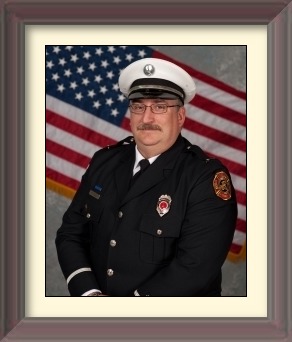 He began his career in the fire service in Sauk Village, following in his father's footsteps as a fire Cadet at the age of 13. His professional fire career started at the Naval Air Station in Glenview, Illinois. He worked at the air station until its closing in 1993.

Phil Myers began his career with the Park Forest Fire Department in July 1993 as a firefighter and paramedic. In January 2007, he was promoted to Lieutenant, and in August of 2015, he was promoted to the position of Fire Prevention Captain overseeing the department’s fire prevention and public education bureau.

Phil is married to Sandy and has two daughters, Courtney and Lauren.