Grab a blanket and position yourself in the Park Forest Downtown Village Green (Cunningham and Main Streets) for eight FREE nights of entertainment, rain, or shine! Vendors on hand selling food and drinks! The evening starts at 6:30 p.m. with an opening act followed by the showcased entertainment. In case of rain, performances will be moved to Theater 47, 371 Artists Walk. For weather-related changes or cancellations, please call 748-2005 during Village Hall hours or check the Recreation and Parks Department Facebook page at facebook.com/pfrecandparks. 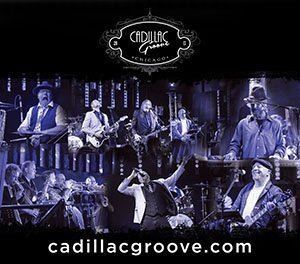 7:30 p.m. Cadillac GrooveThere are sweet grooves and great grooves - then there's Cadillac Groove. Jump into the purple Caddy for a fun ride through Rock, R&B, Funk, and all points in between. You'll find yourself dancing and singing along as CADILLAC GROOVE puts their unique, high-energy touch on the songs you know and love. Nothing beats a ride with CADILLAC GROOVE! 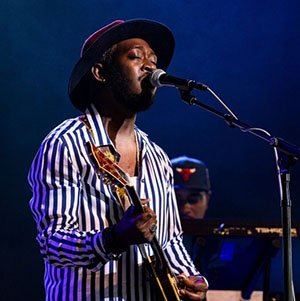 6:30 p.m.  Mike MautheJuggler / Magician / Comedian / Unicyclist / Balloon Artist / Fire Eater / Stilt-Walker . . . Mike Mauthe brings his multiple talents to audiences of all ages. Mike is a one-man variety sensation who has pleased audiences for years with his arsenal of talents.

7:30 p.m. Isaiah SharkeyIsaiah Sharkey is poised to take center stage as he fuses together his background in rock, gospel, jazz, R&B, blues, and funk to create an original sound with an unmistakable dose of soul. He has worked, recorded, and toured with numerous world-renown and Grammy award-winning artists and has recorded his own albums, Love Life Live and Love is the Key: The Cancerian Theme. He earned the iHeart Radio Artist of the Month Award in November for his single “It’s a Shame” featuring DJ Jazzy Jeff. 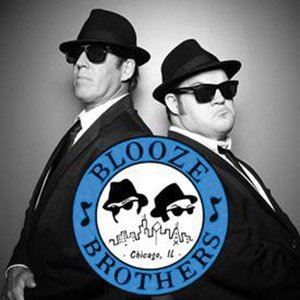 6:30 p.m. Los Hermanos EscamillaIn the 1970’s, "Los Hermanos Escamilla" had become the best "Floreadores" (Lariat or Trick Ropers) of México City. Their ability in maneuvering the trick rope art took them to share theatre stages for long-running seasons with many of the top-known artists of that time. They feature authentic entertainment with a touch of the traditional Mexican Charreada which highlights the most exciting rope tricks. You’ll see world-winning roping tricks and maneuvers done with up to 6 ropes at the same time.

7:30 p.m. The Blooze BrothersFor over a quarter of a century, the Blooze Brothers Band has been one of Chicagoland’s most in-demand show bands and 2020 marked the 40th Anniversary of the original Blues Brothers Movie release. They not only honor the music made by the original Blues Brothers in movies, & TV, but also embrace Soul, R & B, Motown, and, John Belushi’s love of classic rock. Like Aykroyd and Belushi, they fuse those great musical traditions into a stage show that energizes and delights hundreds of thousands of music fans across the greater Chicago area and beyond every year. With a combination of two high-energy front-men, a dynamic female lead singer, some of Chicago's top musicians, and their 1974 Dodge Monaco Bloozemobile replica, The Blooze Brothers provide a musical experience that can't be beaten! 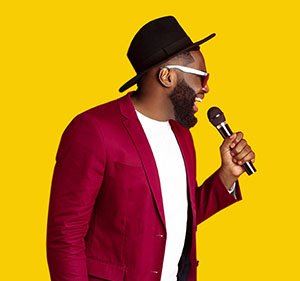 6:30 p.m. Eclectic SoulzThis band is a compilation of new artists to veterans in the game. The band was started by a Village of Park Forest staff member who recruited other staff members, local Park Forest residents, local business owners, and seasoned instrumentalists. The band does not specialize in one genre and chooses to touch a bit of everything from Jazz, Rock, Pop, R&B, and Soul. You are sure to tap your feet and end up on your feet.

7:30 p.m. Live Band KaraokeCombining the silly fun of karaoke with the energy of a live rock band, Live Band Karaoke allows anyone to fulfill their rock and roll fantasy. Singing is only half the fun! Watching others performing their unique renditions of rock’s greatest songs also contribute to the hilarity. Some singers really belt out the tunes, while others make up for a lack of singing ability with rowdy stage presence. Either way, the irony and humor work on many levels as the band rocks out the songs true to the original recording. Band members can also contribute as backup vocalists and help out with forgotten lyrics.

Live Band Karaoke provides lyric sheets for any song on the list. The lyrics are printed in large type so they are easier to read while singing. There are tons of songs to choose from covering all areas of rock and roll and providing something for everyone.

6:30 p.m. Sideswipe - Martial Arts Demonstration TeamSideswipe Martial Arts based group blends traditional martial arts such as Karate and Tae Kwon Do, with gymnastics and acrobatics to create an extreme highflying display of talent, strength, and stamina unlike anything else on the planet.

7:30 p.m. The Lotus KingsAn Evening with The Lotus Kings: An All-Star Tribute to Santana brings together eight Chicago-area stellar musicians that procure an astonishing replication of the musical wonder that is SANTANA. From “Black Magic Woman” and “Oye Como Va” to “Smooth,” “Maria Maria,” and “The Game of Love,” The Lotus Kings' repertoire includes everything from the classic early hits to the “Supernatural” Grammy® songs and beyond. The Lotus Kings recently released their debut original album OBRIGADA. As Carlos would say …“Be ready to rearrange the molecules with the Light” as The Lotus Kings prepare to transport you into the mystical and magical world of SANTANA. 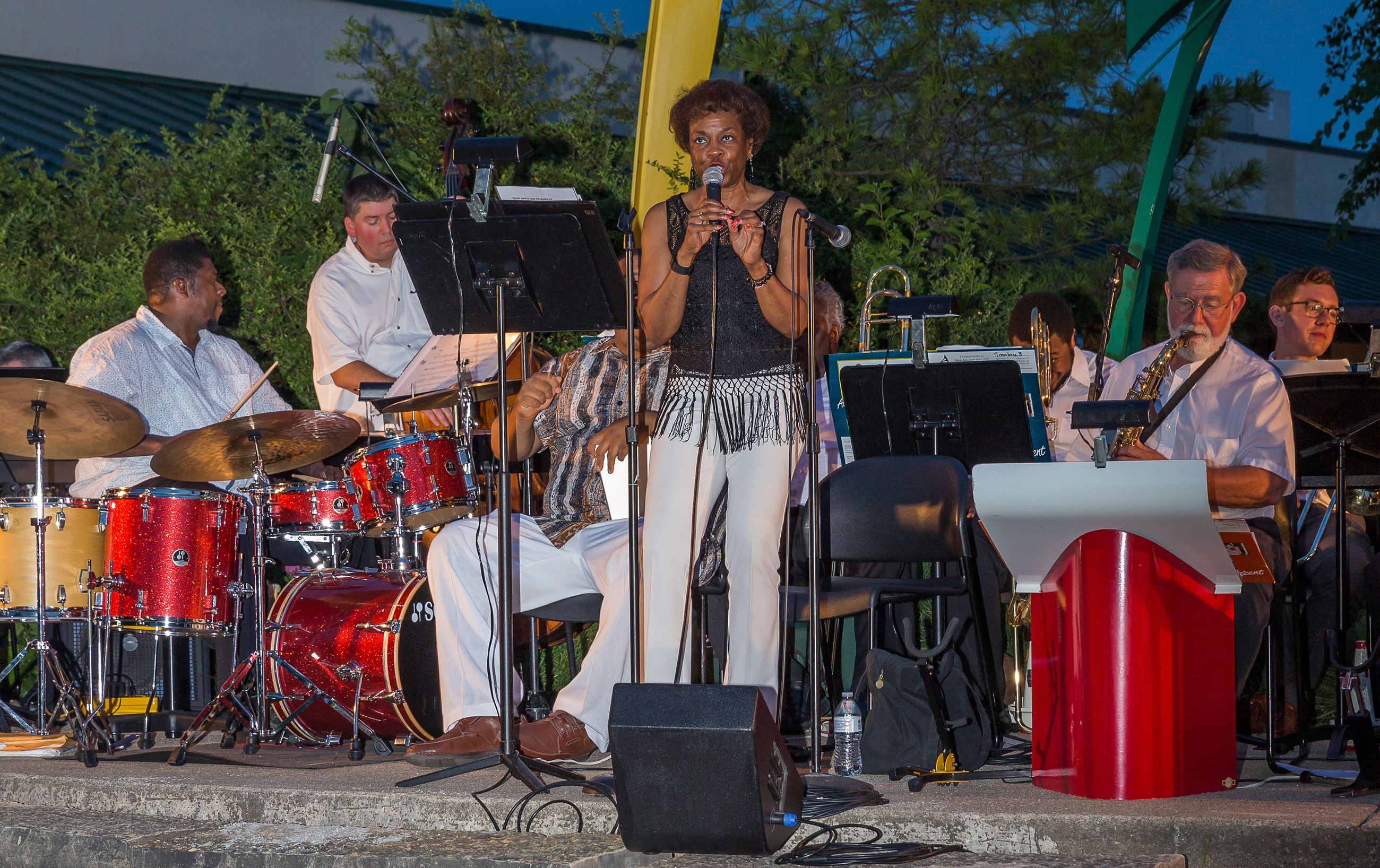 6:30 p.m. Spotlight on Southland ArtsThe members of the Southland Arts (SA) showcase the abundant diversity and talent of artists and musicians throughout the region. 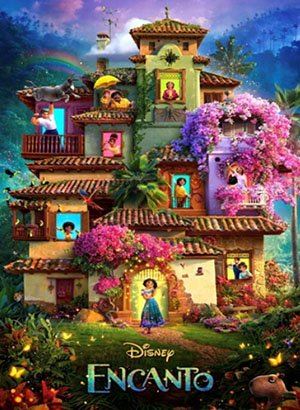 6:30 p.m. Bassel & The SupernaturalsBassel & The Supernaturals tells the story of Bassel Almadani's experience as a first-generation Syrian-American using soulful melodies, funk-inspired grooves, and captivating lyrics regarding love, loss, and the war in Syria. Their release of Elements (2017), was premiered by Noisey/Vice, and led to their involvement in the nationally-acclaimed SXSW 2017 showcase 'ContraBanned: The album draws inspiration from artists such as Snarky Puppy, Jamiroquai, and Steely Dan's "Aja." Bassel & The Supernaturals have performed on stages including SXSW, John F. Kennedy Center, Summerfest, and Millennium Park, and supporting international touring artists such as Youssou N'Dour, Brother Ali, Aesop Rock, Emancipator, The Dandy Warhols, Sinkane, and many others.

Dusk Family Movie Encanto (Rated PG)Deep in the Colombian mountains, the Madrigal family possesses an extraordinary secret. Each member of the family is able to perform magic. Yet at the heart of the family is 15-year-old Mirabel, who does not seem to possess any unusual abilities. Faced with this harsh reality, Maribel struggles to reconcile her place within her family while searching for who she truly is.

Unity Day! Everyone is invited for a night on the town! Music, food, raffles, police emergency vehicles, trucks, and more! Sponsored by the Park Forest Police Department 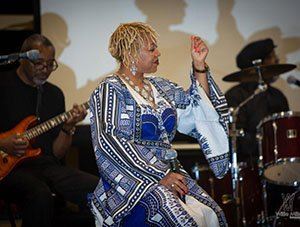 6:30 p.m. Spotlight on Park ForestLocal talent entertains and inspires the audience with opportunities that are available right here in the Southland!

7:30 p.m. Fredi Taylor Featuring Nu Source BandChicago-Born vocalist Fredi Taylor started her music career as a child singing in church and grew to become a local and national performing vocalist and a spoken word artist. Fredi has brought together and performed with talented, internationally renowned musicians and always keeps the crowd on their feet, dancing and singing along. This year's Music Project features Nu Source Band and celebrates 25 years in the music industry. Get ready for classic and contemporary R&B hits that span the generations, topped with Fredi's special passionate, high-energy style, that all are sure to enjoy."

Events are subject to change, call 748-2005 to confirm the weekly schedule.